Digital transformation leads to fundamental changes in the business world. It has an impact not only on technology, but on the entire organisation. Miguel Flaminio, Chief Innovation Officer at the tegos Group, explains the challenges associated with digitalization and the thought patterns that can cause a project to fail.

There are many reasons why digital transformation fails; it’s a hot topic, but nobody seems to know exactly how to tackle it. Simply putting a team on the job – without a budget and without a clear goal – is by no means digital transformation. Many hope to remain competitive by making small changes to their processes. Usually, however, the approach is just too narrow. Contrary to popular misconception, digitalization is not an IT project – it is an organisational transformation in which structures have to be changed in order to achieve strategic goals. This is all too often underestimated and the cultural aspects of structural change are not sufficiently considered. 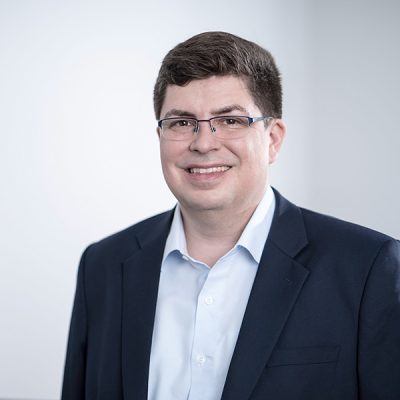 Misconception no. 1: It is sufficient for the management team to initiate the process

Digitalization is a feat of strength and requires profound change. Therefore, the management team must also be prepared to fundamentally change their attitude. When a project affects several areas of the organisation, directly impacting staff and practices, the role of the Management Board is not just to initiate the process, approve budgets and sign a contract. In practice, however, this is often how leaders see their role.

For the full duration of the project, the management team must be a point of contact for staff, trust those responsible for the project and equip them with the necessary decision-making authority to ensure that the project runs smoothly. Only then will the change be successful throughout the entire organisation.

Misconception no. 2: Everyone loves modern solutions

During a change process, employees can become demotivated if they lose faith or fail to understand the ultimate goal. For many the first reaction is to resist change. Some employees fear for their jobs. Others are afraid of losing influence because they no longer have a monopoly on information, and for others it is the fear that their work will now be more closely controlled. For everyone involved such projects mean more work.

Corporate management must recognise these fears and from the word go provide targeted information: Why the new system is necessary. Why working methods need to be changed and how the individual staff members can benefit from it. Only then can a common vision, acceptance and understanding emerge. Communication is therefore an essential component on the way to a successful digitalization project.

Misconception no. 3: Digitalization – the IT nerds can take care if it

The topic of digitalization is often placed in the hands of the “IT nerds”. But as I said before, digitalization is not an IT project. When choosing a suitable project manager, it is not only IT skills that are required. On the contrary, soft skills such as communication, empathy and credibility are more important than technical skills, when it comes to extensive digitalization and the selection of the right change agents. In contrast to the project manager, the key users should have the necessary specialist and cross-departmental knowledge. Because they are the ones who formulate the requirements for a digitalized and more efficient infrastructure and are ultimately best equipped to evaluate the results.

Misconception no. 4: THINK BIG – let’s optimise everything in one fell swoop!

An efficient and productive workflow only emerges when cross-departmental processes are well coordinated. That is why a digitalization strategy should be implemented across the board. However, this does not mean that you have to digitalize everything all at once and cannot initially concentrate on specific areas. On the contrary, it makes more sense to focus on key processes than to simply start in all departments. In order to minimise risks, manageable and achievable goals should be set from the beginning. The key is to take small steps, rather than a tabula rasa approach! The MoSCoW method (Must, Should, Could, Won’t), where requirements are prioritised according to their importance and impact, is a proven tool for this.

Misconception no. 5: Trial and error is the way to go!

Digitalization is not an end in itself, but means far-reaching investments that generate concrete added value – whether through higher sales and profits or through new customers.

The failure of the transformation, and the resulting impact on employees as well as customers and partners, must not be an option. In practice, there are countless examples of digitalization projects that were pursued over many years and in the end had to be scrapped. Certainly, a setback that not many companies could survive unscathed.

Digitalization goes far beyond the use of modern technologies in companies. It is a process that fundamentally changes structures and people’s familiar working practices. In order for digital transformation to be successful within an organisation and for resistance to be effectively overcome, it is important to implement professional change management. This starts with the right selection of project managers, but also implies a change in the attitude of the management board and continuous communication of the necessity and objectives of the transformation. If this is successful, the process is not necessarily easier for those involved, but in the end the results will prove to be of benefit to all parties and worth the effort.

Defining the requirements for an ERP system correctly: Why a wish list is good, but too many cooks spoil the broth

The mark of a top employer even in times of crisis

We will gladly help you personally

Join the tegos Community and find out more about: the latest Updates, Product-Innovations or relating the tegos business solutions.

Your business solution at a glance: In the tegos Group customer portal, you can view your service orders, assign priorities and issue final approvals for your documents.

Exclusion of liability when using TeamViewer

tegos GmbH does not assume any warranty for the programs installed on your computer, as well as their protective devices (virus scanner or firewall). tegos GmbH accepts no liability for any malfunctions not caused by tegos GmbH, even if they are close to the support provided. tegos GmbH assures you that our employees are sufficiently trained and familiar with the duties of confidentiality and due diligence.

Remote maintenance is carried out in accordance with § 11 BDSG.

Please note that this service is only available to you during our business hours after consultation with our support staff by telephone or in writing.

Note: By starting the TeamViewer software you acknowledge the disclaimer of tegos GmbH when using TeamViewer.

We use cookies to personalize content and advertisements, to offer functions for social media and to analyze access to our website. We also share information about your use of our website with our social media partners, advertisers and analysts. Our partners may combine this information with other information that you have provided to them or that they have collected as part of your use of the Services. By continuing to use this site, you agree to the use of cookies. More about this in the privacy policy.OK