Berlin, September 2019 – The replacement of established software structures is no small undertaking. However, with the current system no longer capable of effectively supporting its long-term corporate objectives, Berlin Recycling was in no doubt about the necessity of new software, and switching to enwis would allow it to pursue its course as a state-of-the-art municipal recycler. Finally, at the end of an intense project timeline, the results speak for themselves: Introducing a new ERP system is no walk in the park – but it’s worth it!

Recycling management in a rapidly growing city like Berlin is truly a mammoth task. More than 10 million tourists flock to the German capital every year, with 13.5 million passing through last year alone –and this figure set to rise in the future, on top of the city’s 4 million inhabitants. To ensure that tourists and Berliners alike can enjoy its colourful diversity, Berlin Recycling (BR for short) employs an army of more than 300 workers to keep the city clean. 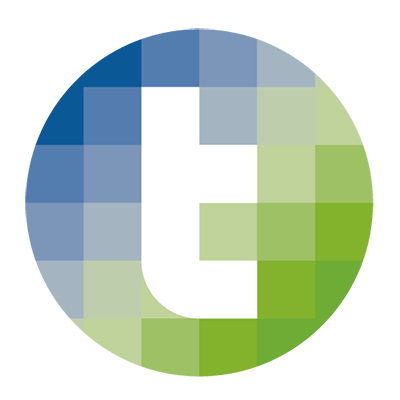 For years BR had been relying on an IT system procured primarily for its parent company, BSR (Berlin Stadtreinigung), to run its waste disposal services smoothly and effectively. However, the limitations of the existing landscape coupled with the company’s strategic long-term vision led BR to the decision to replace its legacy system with enwis. “The purpose of introducing enwis was that crucially we’d found a solution geared towards our standard processes that wouldn’t entail more work for staff than the old system,” explains BR’s IT & Organisation Manager, Stefan Suck.

To get a clear picture of requirements during the system changeover and the challenges these would entail from both the customer and the supplier perspective, a change management workshop was the first course of action. Above all, this highlighted to stakeholders at BR the fact that introducing an ERP system is much more than just an IT project. In fact, it’s more of an organisational project that requires continuous support and mediation across all management levels.

“Based on the insights of the workshop, a whole range of measures were undertaken at BR in preparation for the changeover, to an extent we don’t often see: starting with their exemplary inclusion of senior management as motivators and a driving force throughout, to the recruitment of a highly motivated core team and the selection of a no less motivated and committed project manager, but also their decision to release the project manager and the core team from day-to-day operations,” says Marcel Masuhr, Consultant Business Solutions at tegos Group, emphasizing the professionalism with which BR went about introducing enwis.

It is extremely difficult to accurately foresee the full scale of an ERP project at the beginning and to establish an awareness of the challenges ahead. This fact was not lost on BR’s project team. “It’s all the more important that the customer can see the added value at the end of the project, that the benefits of the changeover are tangible for every employee,” explains Frank Fuchs, project manager at tegos Group. A sentiment endorsed by Stefan Suck, who sums up on behalf of BR’s project team: “Until enwis successfully went live earlier this year, it was a long journey and very demanding for the whole team. But, thanks to tegos Group’s consistent guidance throughout the project and its flexibility regarding requirements, often involving changes at short notice, the efforts and hard work paid dividends. With enwis we’re able to concentrate on continually developing our business for the benefit of BR’s customers. With enwis we now feel we’re well placed to deal with the challenges of a growing city like Berlin.”

The next step is to continue expanding the new system. Plans are already in the pipeline to optimize and automate even more business processes with a view to further lightening the workload of BR employees.

The tegos Group mourns the death of Kai Bembenek

How to deal with BREXIT

Moxba and Metrex are taking further steps into a digital future with the recycling of spent catalysts with the tegos group.

We will gladly help you personally

Join the tegos Community and find out more about: the latest Updates, Product-Innovations or relating the tegos business solutions.

Your business solution at a glance: In the tegos Group customer portal, you can view your service orders, assign priorities and issue final approvals for your documents.

Exclusion of liability when using TeamViewer

tegos GmbH does not assume any warranty for the programs installed on your computer, as well as their protective devices (virus scanner or firewall). tegos GmbH accepts no liability for any malfunctions not caused by tegos GmbH, even if they are close to the support provided. tegos GmbH assures you that our employees are sufficiently trained and familiar with the duties of confidentiality and due diligence.

Remote maintenance is carried out in accordance with § 11 BDSG.

Please note that this service is only available to you during our business hours after consultation with our support staff by telephone or in writing.

Note: By starting the TeamViewer software you acknowledge the disclaimer of tegos GmbH when using TeamViewer.